Get 10% off full-price swim parkas through August 30, 2018. Enter code SWIM20 on any swim parka order form.
Proudly Made in the USA

When the weather outside turns cold and you need a way to keep warm, jackets and parkas are the go-to. Both of these outerwear garments are necessary, but it can be difficult to tell the difference between the two. While a parka is a type of jacket, not all jackets can be considered a parka. The biggest difference between them is that one has a hood and the other does not. Let’s take a look at some of the differences below.

As we mentioned already, a parka is a type of jacket. The most noticeable feature is that it is windproof and comes with a hood. These are worn during cold weather. The hoods are typically lined with fur or faux fur which protects your face from wind and cold temperatures. A parka is usually knee-length and made of synthetic fiber.

Parkas were invented by Caribou Inuit and were originally made from caribou or seal skin. They were designed to be worn in the Arctic during hunting and kayaking. When they became popular in the 1950s, the military began using them as well. Parkas are now made from a lighter synthetic material and come in a variety of different designs.

This type of parka gets its name from the small tunnel the wearer can see through. The hood can be zipped up all the way, leaving only the tunnel open. These are great for extreme weather conditions and cold temperatures.

The fishtail parka was invented by the US military. It gets its name from the extension on the back side which looks similar to a fishtail. The extension can be folded between the legs for extra protection against the wind. There were originally four main styles of the fishtail parka.

A jacket is a piece of outerwear that covers the upper portion of the body. They are usually worn over another layer of clothing. Jackets come in many different styles and designs as well. Most jackets open at the front and can be fastened by buttons or zips. However, some are left open.

Additionally, some jackets have collars, lapels, and pockets. They also usually have long-sleeves, although there are sleeveless jackets such as the jerkin. Furthermore, most jackets extend to the hip or mid-section. Jackets can be worn as a layer of protection against the weather or as a fashion item. There are a variety of jacket designs and styles. If you need fleece jackets, 20 Degrees Below has you covered.

Even though there are a few similarities between a parka and a jacket, they still have many differences. Parkas are usually worn during more extreme weather conditions and are designed to provide the most protection against the cold and wind. While jackets can be worn for everyday occasions and don’t provide as much protection against the weather as parkas. If you are looking for a new parka or jacket, visit 20 Degrees Below to find the style and design that is right for you. You won’t be disappointed with their high-quality items.

Benefits of a Hooded Sweatshirt

Benefits of a Hooded Sweatshirt

When to Wear Your Fleece Jacket

When to Wear Your Fleece Jacket

Why You Should Order a Polar Fleece Blanket

Why You Should Order a Polar Fleece Blanket

How to Choose a Track Jacket

How to Choose a Track Jacket

Benefits of a Nylon Jacket

Benefits of a Nylon Jacket

10% off
Your first full-priced order 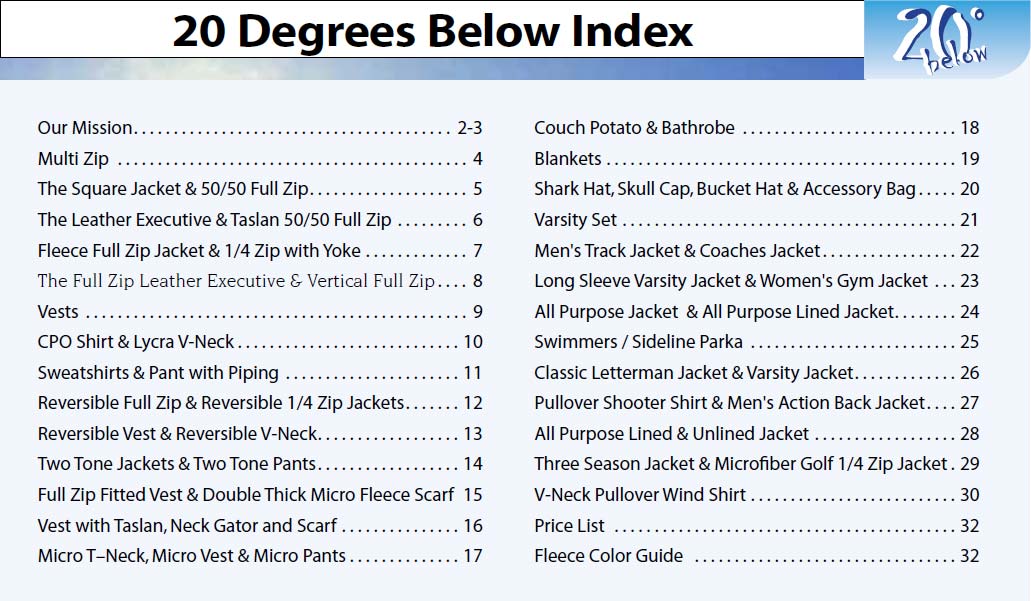